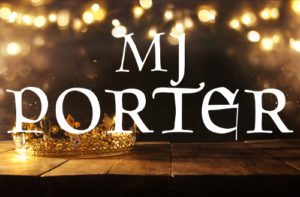 In Edwardian Suffolk, a manor house stands alone in a lost corner of the Fens: a glinting wilderness of water whose whispering reeds guard ancient secrets. Maud is a lonely child growing up without a mother, ruled by her repressive father.

When he finds a painted medieval devil in a graveyard, unhallowed forces are awakened.

Maud’s battle has begun. She must survive a world haunted by witchcraft, the age-old legends of her beloved fen – and the even more nightmarish demons of her father’s past.

Spanning five centuries, Wakenhyrst is a darkly gothic thriller about murderous obsession and one girl’s longing to fly free by the bestselling author of Dark Matter and Thin Air.

Wakenhyrst drew me in because of the blurb and the cover. It might have helped that I’ve just read a few books with a similar theme – supernatural mixed with historical fiction.

Wakenhyrst didn’t disappoint. The character of Maud was immediately engaging, that of her father, quite distant, until we get some way through the book, and the reader begins to realise the story is about the relationship between Maud, her father, the fen and the local church.

What delighted me about this book was just how deeply embedded it was in the distant past – both the Early English period, and the fifteenth century, moving forward to the early 1900s and also stopping off in the 1960s, making use of the pervading attitudes in all four time periods to drive the narrative.

It’s not an easy, pleasant read, but it is a worthwhile read, extremely atmospheric and with a little twist, right at the end, which makes sense of so much more. Recommended.

It was 99p on Kindle when I purchased it, and still was when I wrote this review. You can purchase here.