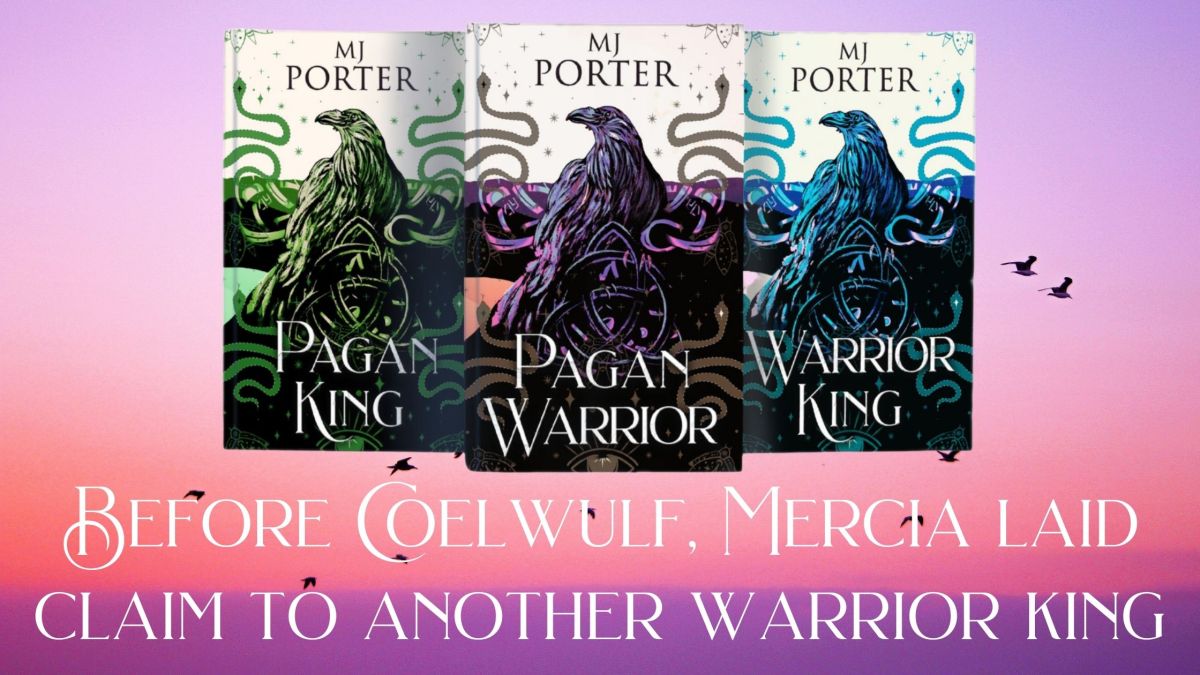 The historical setting of the Gods and Kings trilogy

It’s often assumed that we know very little about the men and women of seventh century Britain, and that’s not wrong, however, what is known makes for a compelling narrative.

The seventh century in Britain is more often than not, lauded as the Golden Age of Northumbria, the northernmost Saxon kingdom of England. Many will have heard of the magnificent fortress on Northumberland’s coast, Bamburgh, or as some will know it Bebbanburg (even though must of what stands to this day is a late nineteenth century addition). Many may have heard of the names Edwin, Oswald Whiteblade, and his brother, Oswiu. Many may know of their Celtic Christianity, of Bishop Aidan from Iona beginning his monastery on Lindisfarne and the explosion in art which seems to come to natural fruition with the works of Bede in the later eighth century. But there is much, much more than that.

The Anglo-Saxon Chronicle tells us of a series of great battles fought on the island of Britain during the seventh century, most, if not all of them, great victories for Northumbria’s royal family, or if not victories, then terrible tragedies. Edwin, the uncle of Oswald Whiteblade, slew his nephew’s father, and Oswald was forced to flee into exile, where he was introduced to Celtic Christianity. And yet, this was only a mirror of Edwin’s own life, when he too had been forced to flee into exile when Oswald’s father claimed the kingdom of Northumbria. And all of this is fascinating, but what of the other kingdoms, and their leaders?

And here, we encounter, Penda of Mercia, a pagan king, at a time when the Saxon kingdoms were slowly becoming converted to Christianity, either from the north and Iona (Bishop Aidan), or from Rome, with Bishop Paulinus. These two religions were to set up their own conflict for supremacy but for the three battles I’ve written about, it’s Penda and his paganism that creates the conflict.

Penda and his brother, Eowa, were to claim Mercia as there’s to rule. They seem to have originated from a royal family with their power base in the kingdom of the Hwicce, a part of Mercia centred around Gloucester and they were not happy with events in Northumbria.

Not once, not twice, but three times, Penda took on the might of Northumbria, in battles taking place at Hædfeld, Maserfeld and Winwæd, spanning a twenty year period.

It’s these three battles I offer a retelling of in the Gods and Kings series, and not just because there are these two kingdoms at loggerheads, Mercia and Northumbria, but because these battles brought into play every kingdom within Britain at the time; from Dal Riata and the kingdom of the Picts to the North, to that of the West Saxons and Dumnonia to the south and south-west. These battles were monumental. Great swathes of warriors facing one another with everything to play for, much to lose and even more to gain.

Who could resist battlegrounds such as these?

The Gods and Kings trilogy are now available from all good ebook and print book sellers. Follow the links above. Pagan Warrior is available as part of the BookBub deal on Apple, Amazon Kindle, Kobo and Nook in select marketplaces-UK, Australia, Canada, India and the US.

(For anyone who is confused, these books were previously released under the titles of the battles, Hædfeld, Maserfeld and Winwæd. Pagan Warrior and Pagan King have been comprehensively reedited, and Warrior King is currently experiencing the same treatment.)